Weekly highlights from the SmartCash Hive Teams and SmartCash community.

Visit vote.smartcash.cc to vote on seven open proposals. Remember, you can use the new v1.2.4 desktop node client or web wallet to easily vote on SmartHive Project Proposals.

Thank you to everyone who participated in the SmartCash Anniversary Community Contest. Winners will be announced soon.

Ben Swann announced their new sponsorship by SmartCash and will be creating new episodes in August.

Watch the highlights from SmartCash events in Sunyani and Tamale, Ghana on YouTube.

Read the Team SmartCash update on Steemit for the latest updates, including the banner contest winner.

This week’s featured graphic is the amber-styled  “Edge Coming Soon” by Semptly. 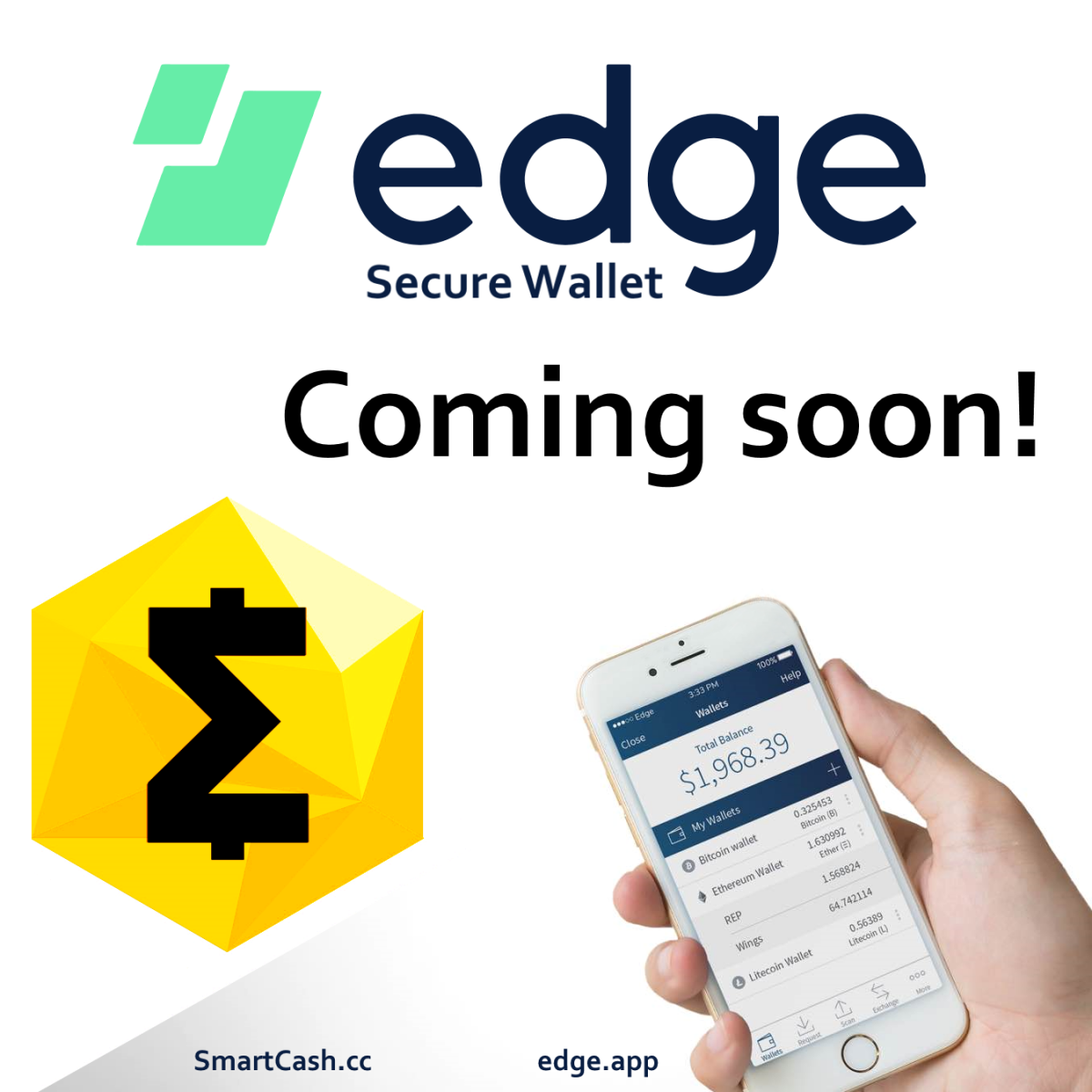 SmartCash v1.2.4 has been released! This release includes improvements to the SmartNode Management UI which makes the setup process within the Desktop Node Client a lot easier and more user friendly as well as the Integration of the SmartHive Proposal Voting. Detail here.

Edge Wallet integration for SmartCash is in the final stages and about to be released by the dev team.

SmartCash is now on the Minds platform! Be sure to check it out, create an account, and follow and interact with the SmartCash community there.

We are excited to be the Legalize Blockchain sponsor and the cryptocurrency used for purchasing event tickets!

Discord SmartSquad member, *Doc*, talks about SmartCash and SmartCard in this interview at the Bitcoin Conference in Paris, France.

SmartCash is hosting meetups around the world. Check out the SmartCash meetups page to find one near you.

Security Reminder: Remember to follow good security practices and actively scan for viruses and spyware. A SmartCash user lost 9 Million SMART because of spyware on their computer that recorded their password to steal their funds. Protect yourself by running active antivirus, using a dedicated computer for cryptocurrency wallets, and using the on-screen keyboard to enter passwords. And remember, never share your private key or wallet.dat file and keep it encrypted with a strong password. We encourage everyone to assess their security (and backup) practices and improve them.

Changelly is integrated with the SmartCash Web Wallet to make it easy to exchange SmartCash.

You can now easily convert dozen different coins and tokens into SmartCash from inside your Coinomi wallet using Changelly in the exchange tab.

SmartCash is now live on the Braziliex exchange with USDT, BTC, and BRL trading pairs.

Dual-miners must use port 3333 and update to the latest v11.9 version of Claymore for Keccak shares to be accepted on the official mining pools.

There are still 2,000 SmartNodes that have not updated from v1.1.1 and are not receiving block rewards. Be sure to update to at least v1.2.3. Instructions are here.

Subscribe to the SmartCash Newsletter to receive “Your Week in SmartCash” in your inbox every week.

Want to keep up with developments, news and updates from the SmartCash team?