Weekly highlights from the SmartCash Hive Teams and SmartCash community.

SmartCard proved it’s faster than using a credit card at Anarchapulco 2019, nearly half of all Verde Vegan’s crypto sales were SmartCash.

SmartCash is taking over Brazil as real currency, DJ Cocino shows how he used Smart to buy glasses and watches at a mall!

There was a SmartCash meetup in Montreal on April 5th meetup.

A new season of the Smart Poker League Tournament has begun!

You can pay at one of 42 Yamcol SmartPay enabled stores with SmartCash!

SmartCash is elected number 1 in Brazil in Crypto Awards 2018.

There are now a lot more merchants in Mexico accepting SmartCash.

Brazil.smartcash.cc is live and an incredible resource for those in Brazil looking to get involved!

SmartCash got visibility on Canadian National TV when they devoted an hour to crypto and blockchain.

There is currently one proposal up for vote.

Visit the SmartCash Pre-Proposal Forum to share your own ideas and get feedback. Having trouble getting your proposal passed? Try these three simple steps and try again with a revised version. 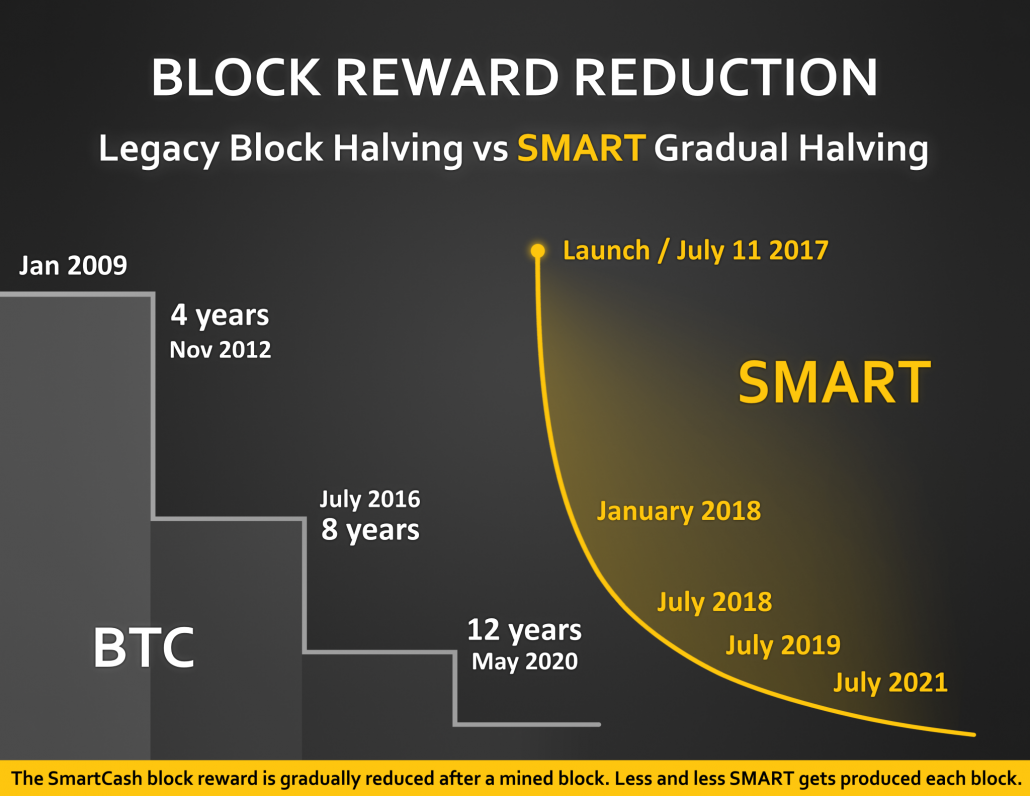 The SmartCash block reward is gradually reduced after a mined block. Less and less $SMART gets produced each block. The 3rd gradual halving will take place July 2019, followed by a 4th gradual halving July 2021.

Scheduled Payments feature is now live on the web wallet: wallet.smartcash.cc. You can now send a fiat pegged $SMART amount on a set date and recurring basis.

New member Lily Da Vine was added to the Outreach One Hive Team, recently interviewed by Zapoid on SmartTalk Radio.

SmartCash is now available on the MonkeyTracking App!

SmartCash will soon be listed on DynX

Subscribe to the SmartCash Newsletter to receive “Your Week in SmartCash” in your inbox.

Want to keep up with developments, news and updates from the SmartCash team?