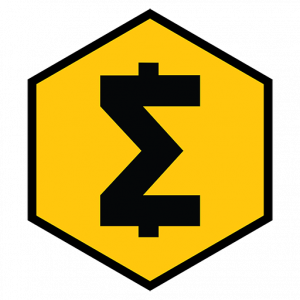 SmartCash is pleased to announce version 1.2.3! This release includes several exciting new features as well as improvements to SmartNodes and SmartRewards. The release details are in the following sections below:

For further support with upgrading to v1.2.3 you may visit our SmartCash Community Discord and go to the dedicated channels #support or #smartnodes.

Seeded Wallet, which means new created addresses are always predictable. A backup at any time will show future deposit and change addresses.

Existing wallets won’t automatically work as HD, you will need to create a new one and transfer your funds to it to use this feature. This can be done by importing keys or by sending to the new address.

A backup of your wallet.dat will be created automatically on each start of the wallet and can be found in the “backups“ folder in the SmartCash directory Always keep at least one copy of your encrypted wallet on an external drive.

Compared to previous Node Clients (formerly known as Desktop Wallets), synchronization time has improved significantly with this update. There will also be a status display showing the estimated time to finish the synchronization. Remember that those times can fluctuate through the whole process.

As a key feature of SmartCash, v1.2. now finally supports InstantPay. Initially this feature will be limited to 1000 SMART transactions, but will be adapted upwards after some testing time.

WARNING: Do not use InstantPay before July 7, this transaction may fail before that date.

The increased block size gives the network the capacity to handle 300+ transactions per second!

With this increase SmartCash is now ready to support advanced features like Smart Contract development, SmartMining and other 3rd party development.

Core Client is now based on Bitcoin Core 0.14.0 source code.

The SmartMining System has been added to mitigate potential timewarp and 51% hashing attacks.

SmartNodes will now get paid more frequently. Starting with Block 545005, SmartNodes will be paid at a rate of 10 nodes every even block. SmartNode payments will be fully validated and agreed on by the network, and properly removed from the payment queue upon payment. The share of block rewards paid to nodes will not change, and each node payment will be approximately 2% of the block reward based on the faster payment cycle.

Remember: during this network upgrade process payments will be more random until the payment structure changes at block 545005, around July 7th.

Starting on July 7th, average time between node payments will be approximately two days (based on the current node count).

Grace period for SmartNode downtime is now two hours instead of one hour.

Wait time for newly created nodes has been reduced to approximately two days (one payout cycle).

Note: If you are running a SmartNode on a 512MB RAM server you will need to upgrade that server to 1GB of memory!

Once Block 574100 is reached, the current SmartRewards model will change to a Decentralized Distribution. SmartRewards will then be distributed after every 47500 Blocks to all eligible addresses. The payouts will occur 200 Blocks after the cycle ends and every second block 1000 addresses will get paid. SmartNodes will keep track on which addresses are eligible and which are not.

Three new Hive-Teams have been added for further decentralization of the team. There now is a Quality Assurance Hive, a Web Hive and a second Outreach Hive. The three new Hives will go into effect as of Block 574100.

2. Important Deadlines with this Mandatory Update

Note: If balance displayed is incorrect after the update, please reboot the wallet.

SmartNode operators should be aware that this upgrades the protocol from 90025 to 90026. Nodes running on the old protocol will be paid only until around July 1, after that time only upgraded SmartNodes with version 90026 will receive block rewards.

The first automated SmartRewards distribution will start around August 25.

Download, install, and open the new desktop Node Client 1.2.3 (formerly known as the Desktop Wallet) to allow it to begin syncing. Links are available at the bottom of the https://smartcash.cc/wallets/ page. (Note: If your balance is displayed as 0 after the update, restart the client)

If you installed the SmartNode using the “bash install.sh” or “10 minute guide” method and you’re running Ubuntu 14, 16, 17, or 18 you can upgrade using PPA on your VPS with the following commands:

On the server side blocks will then catch up and you are done. To check if it worked type:

among other info this should return: “protocol version”: 90026

Finally, activate your upgraded v1.2.2 SmartNode from the updated Desktop Wallet with “Start alias”. Status will switch to PRE-ENABLED and to ENABLED after couple minutes.

Now you can check the SmartNode status on your VPS with:

If you installed a SmartNode from the initial guide (not using ppa) and are stuck upgrading, we recommend to use the latest SmartNode installer script on a new VPS.

The Node Client update v1.2.3 is the latest version and is required to update, even if an earlier version of 1.2 was installed.. This update is necessary for everyone who created a new wallet with the v1.2.2 release and SmartNode operators that get watchdog_expired messages! v1.2.2 also fixed a bug detected with new Wallets (wallet.dat) created within the v1.2 Node Client.  It is recommended that all users upgrade and run the latest code. SmartNodes will not need to be issued a new “start alias” command after applying this update from an earlier 1.2 version.

For further support with upgrading to v1.2.3 you may visit our SmartCash Community Discord (http://discord.smartcash.cc) and go to the dedicated channels #support or #smartnodes.